Tremor due to drugs

Tremor is the most common movement disorder in adults. Causes can be roughly divided into neurological (for example: Parkinson’s disease, essential tremor ), metabolic (e.g. hyperthyroidism (increased thyroid activity) or hypoglycemia (decreased glucose level), functional and tremor due to drugs.  Medicines are probably the most common cause of tremor.  Many medications have a tremor as a side effect. These are drugs that are used in both psychiatry and somatic diseases (e.g., lithium, valproic acid, salbutamol, theophylline). 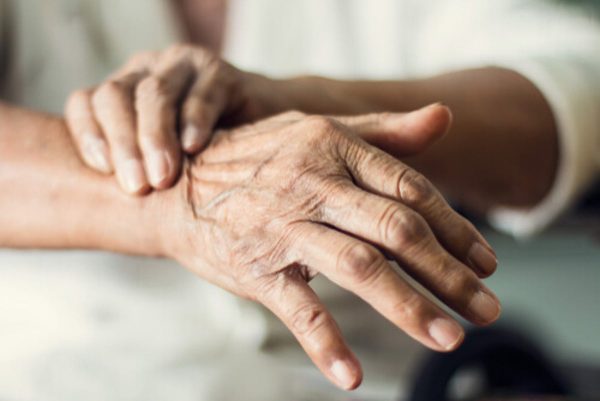 Tremor has been defined in a  consensus discussion  as an involuntary, rhythmic, oscillating movement of any part of the body1. Its rhythmic aspect is very characteristic and distinguishes it from many other movement disorders such as dyskinesia, dystonia, or myoclonus.

A basic classification is tremor at rest and tremor with activity.

At rest does not mean during sleep because then the tremor usually has disappeared, but when the body part is fully supported against gravity. For example, if you sit with your arms on the chair back. This is called the resting tremor.

A kinetic tremor occurs when performing a movement, for example grabbing a cup.

A postural tremor occurs when the affected body part is held against gravity in a certain position (for example outstretched arms).

An intention tremor is characterized by a shocking movement when approaching the target. This can be tested with the finger-to-nose (with closed eyes, let the finger go to the nose in a wide arc, alternating left and right finger).

Tremor due to drugs

In the article by Morgan et al. there are several tables that help with diagnostics 2.  If you suspect a tremor due to a drug, you can ask the following questions.

Examination of a tremor

A poignant picture of patients with essential tremor